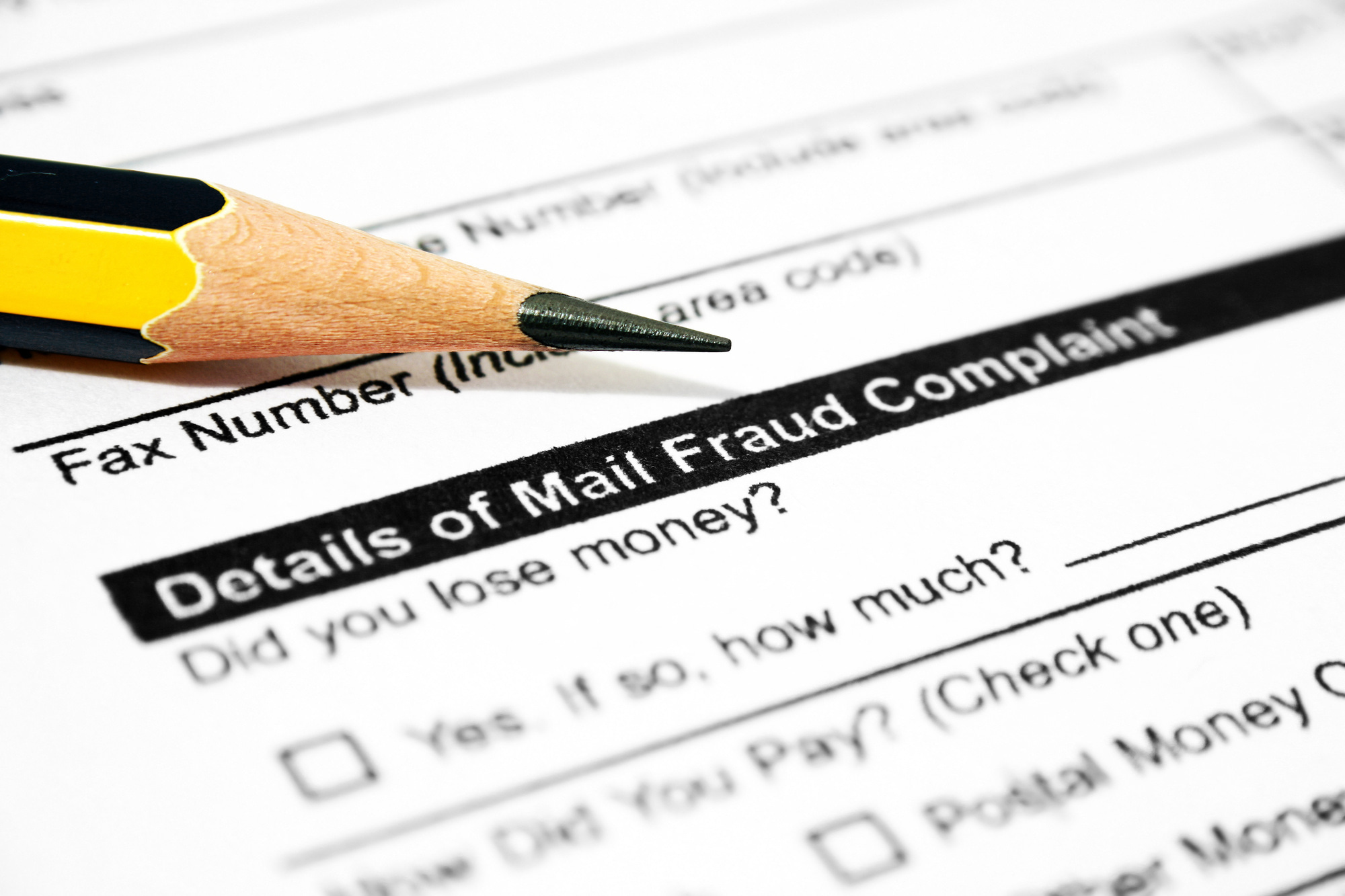 What Is Mail Fraud? Definition, Examples, and Penalties

Mail fraud may not be the most common criminal activity featured in our everyday media and news reports, but it definitely occurs. And, it may not be as uncommon of occurrence as you might think.
Even though you probably aren’t as familiar with this particular crime as you might be some of the others, doesn’t take away from its’ legitimacy. Fraud is a serious problem that carries severe consequences. But, many people wouldn’t have an answer if asked the question, “What is mail fraud?”
To give you an idea of just how often fraud occurs, in 2017, the United States Postal Service postal inspectors reported 5,538 arrests and 4,679 convictions related to postal crimes. Most of these crimes primarily involved mail theft, fraud, and prohibited mailings, according to the USPS official website.
Read on to find out everything you should know about mail fraud in the U.S.!

What is Mail Fraud?

Before we delve any deeper into the subject, we should probably clarify what the term “mail fraud” actually means.
Chances are, many of you reading this post don’t know the true definition of fraud.
Although this lack of awareness doesn’t come as a surprise, understanding the definition of mail fraud doesn’t require rocket science. When explained in layman’s terms, it’s quite simple.
Postal fraud just isn’t one of those crimes that tend to receive mass coverage, so many people are unaware of how it works, and even, what it actually is.
If you’ve been scratching your head about the mystery of fraud, we’re here to cut out the confusion.

The Legal Definition of Mail Fraud

Mail fraud is defined by U.S. law as any type of scheme involving fraud that intentionally deprives others of property or communications through the mail. It also includes wire communication, according to the Legal Dictionary website. And, it is a federal crime that results in serious penalties.
The basic definition of mail fraud includes either of the following two qualifiers:

Mail fraud has been listed as a federal offense in the United States since 1872.

What Classifies as Postal Fraud

Fraud encompasses a variety of criminal behavior, and its effects impact a diverse mix of the population.
Some of the types of fraud commonly classified in this category are as follows:

While “mail fraud” might be unfamiliar terminology, many of the crimes classified as such are more likely to ring a bell to the average citizen.
Some of these categorical crimes are wider-known than others. And, it’s possible that you would recognize many of them yourself.

Every crime that’s related to fraud against the elderly or employment wouldn’t qualify as fraud. But, there are many that do.
In order for a crime to qualify as mail fraud, remember that it must rely on a private or public postal service to carry out the fraudulent act.
Let’s look at the postal crimes that tend to be most commonly recognized.

For example, most people are aware of the popular work-at-home scams, mystery shopper schemes, or some other phony job opportunity fraud.
In recent years, Americans have become more aware of these crimes, largely to the spike in occurrences over the past decade.

Mortgage loan schemes and credit card schemes are among some of the financial crimes you may have heard mentioned in the news.
Financial crimes of this particular kind include any attempt to obtain money or valuables through the postal service illegally. According to the Spam Laws website, mail and wire fraud, such as investments that are funded via mail-in checks, credit card numbers or bank account information, can receive increased penalties, per the United States Code.
Just this year, a California-based financial advisor was charged with mail fraud for orchestrating a Ponzi scheme. According to the Department of Justice, he defrauded investors out of 4.7 million dollars.

Telemarketing fraud constitutes as illegal solicitations for donations. The donations may be mailed into a P.O. Box or elsewhere, then deposited into an account for the criminal’s personal use.

Fraud Against the Elderly

Swindlers often target elderly Americans. These schemes often bank on the subject’s naivety regarding modern rules of technology and common legit practices.
Correspondence posing as a letter from social security might ask for account information. The letter may state that money is owed and will be deposited upon receipt of the victim’s bank account information. Then, the info is used to commit theft.
Fortunately, many of today’s elderly population is educating themselves to avoid becoming the victim of this type of scheme. The USPS also provides free educational materials to elderly citizens to spread awareness and keep them safe.

Similar to the examples listed above, a criminal might call or write to notify their victim of a “big win.” The victim is then asked to provide the necessary information for the prize money to be deposited. If obliged, they later find that the sweepstakes were simply a cover used to steal money.

Depending on the circumstances, postal fraud can receive fines of up to 1 million dollars per occurrence.
Also, the criminal is often ordered to repay their victims through court-mandated restitution.
Federal crimes that target specific groups, such as disaster relief, can be subject to heavier sanctions.
The perpetrator can receive sentences of up to 30 years per infraction. They may receive a suspended sentence, waiving imprisonment, but requiring a longer period of probation based on necessary conditions met during the term of the sentence.

Since it’s not unusual to wonder “what is mail fraud?”, there’s the chance that you could be a participant in a fraudulent crime without understanding the implications of it.
Believe it or not, people often find themselves facing charges that they never dreamed possible.
If you’re worried that you may have committed a postal crime or any type of criminal offense, you need to speak with an experienced attorney as soon as possible.
Contact us today to get in touch a criminal defense lawyer in Miami that you can trust!