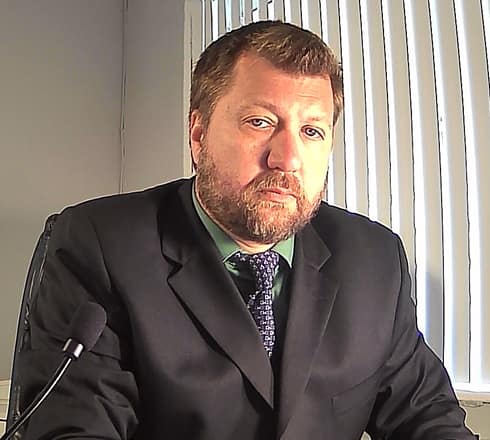 Thomas earned a Juris Doctorate from the University of Miami School of Law where he was involved in trial advocacy and interned with the Miami-Dade State Attorney.  Prior to opening his own practice on Miami Beach, Thomas handled legal work for Spencer Eig, P.A. until Spencer Eig, Esq. was appointed as a Florida Circuit Court Judge in 2005.  Thomas started his own law firm in 2002 where he has been handling a wide range of civil, family and criminal cases.  In 2008, Thomas became a Board Certified Attorney in Appellate Practice through the Florida Bar by examination, peer review and education.  In 2017, Thomas also became a Board Certified Criminal Appellate Attorney through the Florida Bar by examination, peer review and education.  Thomas is only one (1) out of three (3) attorneys licensed by the Florida Bar who hold the rare distinction of being dual Board Certified in both Appellate Practice and Criminal Appellate.

Thomas has been lead counsel in over three hundred (300) appellate cases in Florida and New York State and Federal Courts in the areas of administrative, civil, criminal and family law.  Some of Mr. Butler’s notable appellate experience includes: People v. Grant, 187 A.D. 3d 1043 (2nd Dep’t 2020)(Grant of application for writ of error coram nobis vacating decision affirming a judgment when the Defendant had been denied effective assistance of appellate counsel based on former counsel’s failure to contend that a mode of proceedings error had occurred at trial when it did not disclose the precise contents of a jury note on the record, and that failure prevented trial counsel from participating meaningfully at a critical stage of the trial, which was inherently prejudicial and deprived the defendant of his constitutional rights); D.N. v. DCF, 277 So. 3d 127 (Fla. 4th DCA 2019)(Reversal of order granting termination of parental rights); State v. Matthews, 207 So. 3d 242 (Fla. 3d DCA 2016(Affirming grant of immunity based on stand your ground defense);  State v. Jones, 230 So. 3d 20 (Fla. 4th DCA 2017)(Reversal where Defendant moved to withdraw his plea and the trial court ordered an evidentiary hearing on the issue of whether his counsel misadvised him, the court erred by denying his request to appoint counsel to represent him at that hearing; because the motion to withdraw a plea was a critical stage of the proceedings); United States v. Jean Baptiste Charles, 757 F. 3d 1222 (11th Cir. 2014)(Sentencing vacated and case remanded for resentencing without a two-level enhancement for trafficking in § 2B1.1(b)(11)(B)); In the Interest of A.G., 40 So. 3d 908 (Fla. 3D DCA 2010)(Granting writ of certiorari finding that parents in Dependency proceedings have the right to Counsel); J.C. v. DCF, 26 So. 3d 665 (Fla. 3D DCA 2010)(Reversal of order terminating parental rights); Gibson v. Florida Unemployment Appeals Commission, 937 So. 2d 213 (Fla. 3D DCA 2006)(Reversal of pregnant worker’s unemployment compensation claim based on the lack of a reasonable accommodation).

Mr. Butler currently acts of counsel for the firm as appellate counsel and as a trial consultant. Mr. Butler participates in the firm’s pretrial motions practice as well as our appeals.

Admitted to Practice in: