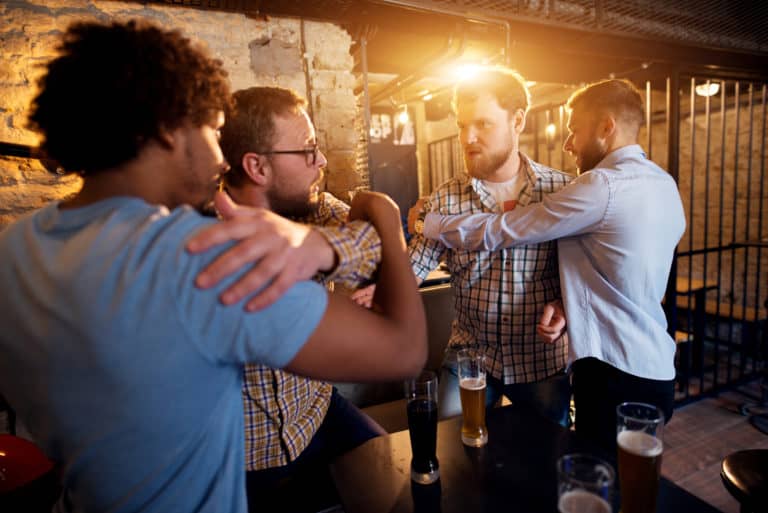 Disturbing the Peace: What to Do if You're Arrested for Disorderly Conduct in Florida

You did WHAT?! In public?

Sometimes the law gets involved. If you or a loved one violate Florida’s public conduct laws, you might see some flashing blue lights.

A screaming match, a bar fight, walking along the highway naked are all examples of offenses that Florida considers disorderly conduct. You could get arrested or worse, convicted. Penalties vary from fines to jail time.

Once you appear in the public record, the consequences are worse. Criminal records keep you from getting jobs, loans or affect your legal immigration. So what do you need to do if you are arrested for disorderly conduct in Florida?

What Is Disorderly Conduct in Florida?

Florida laws against disorderly conduct exist to prevent people from interfering with the peace of others. Disorderly conduct is also called “breach of peace”, although there are more serious charges. The most common reasons a person is arrested for disorderly conduct in Florida are arguments or intoxication in public or encounters with police without violence.

Other actions that could have you inside the back of a police car include:

If you are drunk in public, you will likely be charged under Section 856.011(1) of the Florida Statutes. Public drunkenness is a separate charge from disorderly conduct. It is illegal in Florida to:

Just like disorderly conduct in Florida, public drunkenness is usually a second-degree misdemeanor. A conviction can result in a fine, jail time and a criminal record.

I Wasn’t Doing Anything Wrong!

Disorderly conduct, as a second-degree misdemeanor, can be punished by a jail term of up to sixty days and a fine of up to $500. The city and county jurisdiction can add substantial fines on top of that.

Here are some probable defenses against disorderly conduct. They are:

If you are arrested, it is important that you contact an attorney as soon as possible. Do not speak to anyone about your case until you speak with your lawyer. A conviction, even for a minor offense can have serious consequences.

What to Do if You Are Arrested

First off, remain calm. Determine if you are merely being detained and questioned or if you are under arrest.

Cooperate politely, but do not volunteer information. This very important.

In Florida, you do have the right to at least one local phone call. Memorize the telephone number of a local attorney or close family member who can contact an attorney for you. You cannot be punished for using your right to remain silent or for requesting an attorney.

Discuss your case only with your attorney. Tell them the whole story. No detail is too small or trivial when they are preparing your defense.

If you are suspected of being under the influence, you may be required to give physical evidence. If you refuse to take the test, your refusal to submit a sample can also be used against you in court. If you were driving, your license can be suspended.

When people are arrested for certain charges, they sometimes are automatically given a bail amount. This can happen before they stand before an initial appearance judge. Consider posting the bail if possible.

An initial appearance judge is supposed to see you within 24 hours of your arrest, but if it is a weekend or holiday, your time in jail might be longer. When you appear,  the judge reviews the police charges and determines if probable cause exists. The court then sets bail.

The judge can increase or decrease the bail at your appearance. Then it is up to you and your family to post bail. Get in touch with your attorney as soon as possible.

Need an Attorney to Defend You?

Try not to discuss your case with anyone until you speak with your attorney. A misdemeanor like disorderly conduct in Florida is considered a minor offense but can have a major impact on your life. A criminal record affects your ability to find housing, employment or even permanent residency.

There are several reasons why a charge of disorderly conduct or disorderly intoxication can be dismissed. An attorney can discuss all the particulars of your case with you and prepare a defense to keep you out of jail.  With certain facts, your attorney can negotiate the charges downward or get them dismissed entirely.