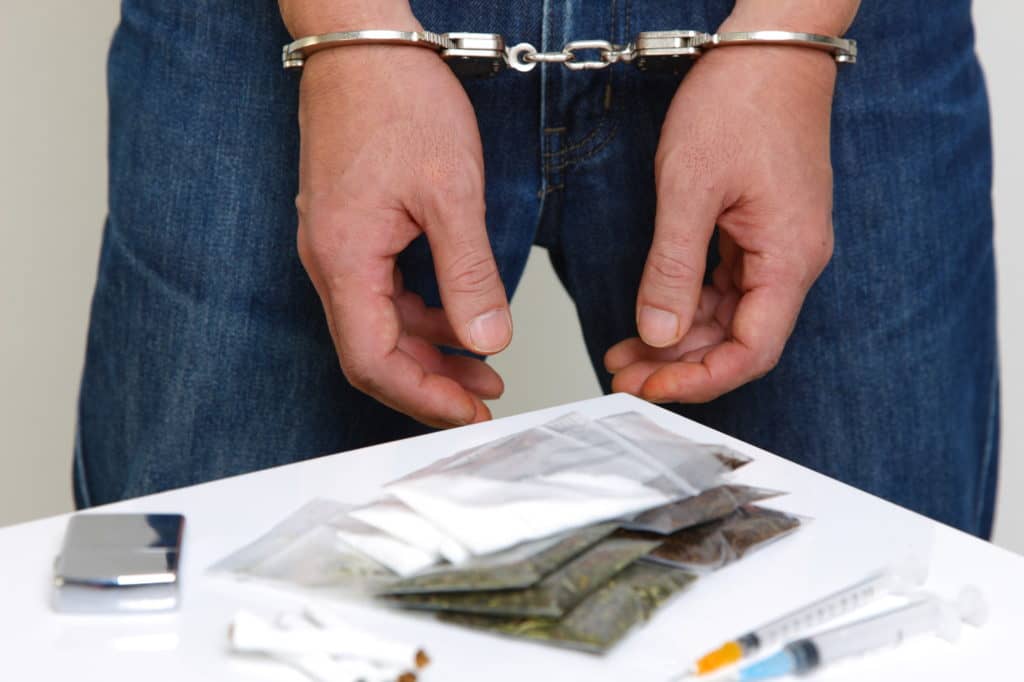 Drug possession charges can be detrimental to your life, your family, and your career. They can range from minor fines or a few days in jail to thousands of dollars in fines and potentially years in prison.

Charges for drug possession vary from state to state. In the 1960s, there was a spike in drug use and as a result, President Nixon implemented his war on drugs in 1971. The policies continued to expand into the 1980s by President Reagan. In fact, the number of people incarcerated due to non-violent drug possession charges rose from 50,000 in 1980 to over 400,000 in 1997.

Police Chief Daryl Gates of Los Angeles, who said that “casual drug users should be taken out and shot,” started the DARE program in 1983. While DARE was intended to decrease the availability and use of drugs, it also blocked growth for syringe access programs which were put in place to stop HIV from rapidly spreading.

While America seems to be making a shift towards a more sensible drug policy, being in possession of illegal drugs is still a serious crime. But we are all human and things happen and those things shouldn’t necessarily affect the rest of your life.

So what should you do if you are arrested and charged with drug possession? Keep reading to understand the different drug possession charges and what you should expect from your charge.

What Types of Charges Exist?

A first-degree misdemeanor possession charge is used for individuals that are caught with up to 20 grams of marijuana (this doesn’t include medical). However, a first-time possession charge is different than someone who has multiple priors. An individual with at least 4 priors could be a candidate for more serious penalties.

A third-degree felony possession charge is given to individuals who are caught with more than 20 grams of marijuana, up to 28 grams of cocaine, up to 1 gram of LSD, up to 10 grams of MDMA (ecstasy), and up to 4 grams of heroin.

A first-degree felony possession charge is given to individuals who are caught with more than 25 pounds of marijuana, more than 28 grams of cocaine, more than 10 grams of MDMA, more than 1 gram of LSD, or more than 4 grams of heroin.

What Are The Penalties For These Charges?

Now that we’ve gone over the possession charges you may have incurred during an arrest, let’s take a look at what the potential penalties could be. The average sentence for drug possession varies greatly depending on your charges.

If you are charged with a first-degree misdemeanor, you could end up going to jail for up to one year. You’ll also have court costs and fines in the process. Individuals with AT LEAST 4 prior convictions could go to jail for 1 year, have to go through mandatory treatment, and may be sentenced to home detention of up to 1 year.

If you are charged with third-degree felony possession, you could spend up to 5 years in prison.

If you are charged with first-degree felony possession, you could spend up to 30 years in prison and face up to $250,000 in fines. There are mandatory minimums that apply depending on the quantity and the type of drug that was discovered.

Just because you’ve incurred one of these charges, doesn’t mean you’ll be convicted or that you’ll face the above-mentioned sentences.

There are many defenses that could change the degree of your situation or help you get the charges dropped entirely. Some of these circumstances are:

Police officers have to read you your Miranda rights if they interrogate you or take you into custody. However, it’s a misconception that if they fail to do so, you’ll be off the hook. It’s a tricky subject that won’t necessarily get your case thrown out, but could help your case if forgotten.

Every American is entitled to their right to privacy under their Fourth Amendment rights. It protects us from unlawful search and seizure by law enforcement officers. However, there are certain exceptions to the law and it’s important to understand the ins and outs of these exceptions so that you can better fight your case.

That’s why it’s so important to hire a lawyer who can help with your case. While you may be hesitant to spend money on representation, hiring a good lawyer could save you from going to jail or having to pay thousands in fines.

What Should I Do If I’m Facing Drug Possession Charges?

The most important thing you can do is to know and understand your basic rights. And if it’s marijuana that you’re using, get your medical card! If it’s pharmaceuticals that you’re carrying, make sure you have a prescription.

If you are arrested, try not to say too much. Whatever statements you make during the time of an arrest could be used against you later on.

Don’t panic. Your crime won’t be solved in the moment. It will be solved in court or through a serious of court dates when your case is presented by your lawyer. Even though you may be facing serious drug possession charges, you won’t necessarily be convicted of those charges.

Contact us today for a free consultation so that we can do whatever possible to help with your case.