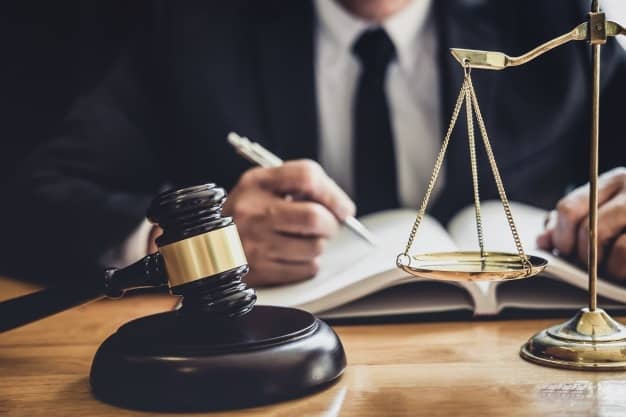 How to Choose a Drug/Narcotics Lawyer

I found a great article online regarding what to look for in hiring a (drug) lawyer.  Below is the url and the text: http://www.a1b2c3.com/drugs/law09.htm

How To Choose A Drug Lawyer

This information is from the law office of Shalley & Murray, lawyers serving Queens, New York. If you are in the Queens area, and need a lawyer you can visit their website by clickinghere.

Be especially careful when someone tells you that she, or he, thinks they can get the case dismissed, or the case should be dismissed, or they can’t believe the case isn’t dismissed already.
When a lawyer starts talking about dismissal in an initial consultation, you need to be very careful. You may well be being told simply what you want to hear.
CASES ARE VERY RARELY SIMPLY DISMISSED BECAUSE THE PROSECUTOR HAS BEEN CONVINCED OF YOUR INNOCENCE.
The meetings between defendants, attorneys and DA’s you see on TV in cop shows are nonsense. Dismissals are rare and the lawyer who promises a quick dismissal is behaving recklessly at best.

Ask For Bold Promises In Writing

There is a quick way to disarm the lawyer who makes bold claims about dismissals, getting people out of jail, or anything else in an initial consultation.
Simply request that if you retain them, you would like whatever it is they are claiming to be reduced to writing and that you would like your fee agreement (You are getting a written fee agreement, right?) to reflect that if they do not achieve the claimed result, you will get ALL YOUR MONEY BACK.
If you ask for such a written promise of the lawyer’s bold statements (and especially if you tie the promise to the fee), you will likely be met with hostility and double-talk. That should tell you something. That should tell you that you should look elsewhere for a lawyer.

The more dramatic the claim, the more likely it is to be either a lie or ridiculously reckless.
Try to avoid being satisfied just with what you want to hear. Does it really make sense to you that your son’s drug trafficking case is going to be dropped because of a conversation your potential attorney is going to have with the ADA in Court the first time on after arraignments ?
The same rule of thumb that makes you suspicious of get rich quick schemes pitched on infomercials on TV ought to make you suspicious of bold claims about what a lawyer is going to be able to achieve on a particular case.

The Lawyer Who Approaches You In The Courthouse

Imagine going to the hospital to have a heart and brain operation.
As you walk into the hospital, a person who you have never seen before approaches you, asks you what kind of operation you are having, and then tells you they will perform the same operation for some ridiculously low price. You wouldn’t permit that person within a mile of your operation, would you ?
The same principle applies when a lawyer approaches you in the Courthouse. Think about why this person is roaming the halls trying to solicit business.
Lawyers who attempt to solicit your business in this way are violating ethical rules and are subject to discipline within the profession. Do not encourage them.
Are you going to pay less than you would pay for a responsible, professional, ethical attorney ? Maybe. These people often try to distract you from their misbehavior by giving you what appears to be a deal.
How much do you think such a lawyer is going to be interested in fighting for you? How far do you think such a lawyer would be willing to go to defend you given that they gave you such a rock bottom deal ?
Do yourself a big favor. If an attorney approaches you in the Courthouse about representing you in Court, run the opposite direction, but make sure you don’t bump into anyone, or you might have another court battle on your hands. Either way, get a competent lawyer.

What To Look For In A Criminal Defense Attorney

Drug Defense Experience !!!
Although the official position of the legal profession is that any lawyer admitted to practice law can, with sufficient study, take on just about any legal matter, it is a matter of common sense that experience is valuable and could form a reasonable basis to choose to hire one attorney over another.
Therefore, consider whether or not the attorney you are thinking about has experience handling drug cases. Find out about how long he has been practicing law and what percentage of his practice is devoted to drug defense.
A person who has been practicing law for twenty years but has handled only one drug case is in a different position from a person who has been practicing for fewer years but has done nothing but drug defense. Whatever your decision would be, at least find out the information.
Find out whether the attorney you are thinking about has specifically handled your particular kind of case before. Some kinds of cases tend be extremely specialized.

Imagine you wanted to hire a personal guide to explore Queens County. Your choices are:
(1) Daniel Boone, legendary tracker and explorer
(2) a Queens bus driver.
Daniel Boone would be quite a character to meet and his skills as an explorer are top notch. It sure would be interesting to talk to him. There’s only one problem. He doesn’t know anything about Queens County.
It would make more sense to go with the bus driver. The bus driver would be extremely familiar with Queens. The bus driver has an important quality that, unfortunately, Daniel Boone doesn’t: LOCAL KNOWLEDGE.
Local knowledge is probably more important than most people realize. Every County in New York City operates slightly differently. There is something to be said for having a lawyer who is a familiar face to the Court Officers, Assistant District Attorneys, Judges, and other Court personnel.
A local attorney, for example, will know the likely attitude of the judge and the assistant district attorney about the case. A local attorney may have built up a reputation for credibility with judges and assistant district attorneys such that pre-trial negotiations may be smoother and more quickly productive.
A local attorney’s familiarity with the judges may enable themselves to make arguments in keeping with the judge’s attitudes. Similarly a local attorney’s familiarity with the judges may enable him to avoid making certain arguments to certain judges. When you hire a criminal defense lawyer, you are hiring a guide for your trip through the criminal justice system of the County where your case is being prosecuted.
One thing you might want to consider, then, is whether the attorney you are thinking of hiring has the local knowledge of that particular county.

Sense and Nonsense About Crime and Drugs: A Policy Guide

This book is intended as a supplemental text for a variety of courses in departments of criminal justice, sociology, and political science.
Beginning with a discussion of the administration of criminal justice in the United States, the book evaluates conservative and liberal crime control proposals, gun and crimes, drug policy, the war on drugs, and the legalization of drugs.
Sense and Nonsense About Crime and Drugs

A book more for the student, than the average reader. This is a classic study of the development of drug laws in the U.S.
David Musto examines the relations between public outcry and the creation of prohibitive drug laws from the end of the Civil War to the Reagan and Clinton administrations.
The American Disease

Why Our Drug Laws Have Failed and What We Can Do About It: A Judicial Indictment of the War on Drugs

Written by a man who has worked as a federal prosecutor, a trial judge, and a California superior court justice. The author informs readers of the amount of money spent, the crime caused, and the lives ruined by the war on drugs.
Many people in government, legal, and other positions who are in favor of the war on drugs see it as an easy means of getting some of the billions of dollars wasted on it each year in the US.
Putting nonviolent offenders in prison and diverting law enforcement resources that could be used to serve and protect society as a whole might not be a very good decision.